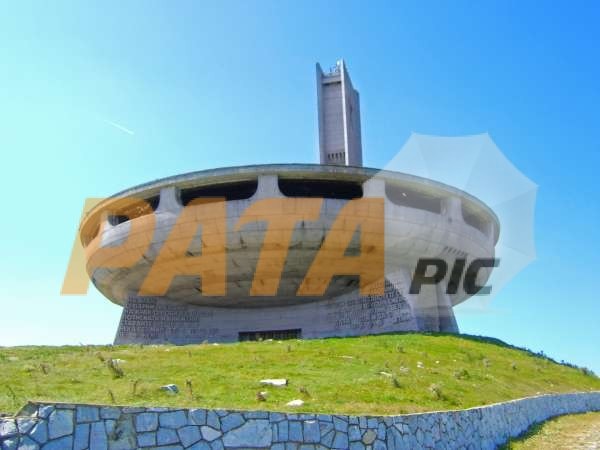 The Monument House of the Bulgarian Communist Party was built on Hadji Dimitar peak in central Bulgaria by the Bulgarian communist government. The building exemplifies the futurist architecture common to many state-constructed communist buildings. The monument was built at a cost of 14,186,000 leva, which by today’s rates is roughly equivalent to US$35 million. Inside the building, mosaics that cover approximately 937 square meters of space commemorate. The mosaics were built with 35 tons of cobalt glass. On the outer ring of the monument, mosaics were built with natural stones gathered from rivers across Bulgaria. After the fall of communism in 1989 Buzludzha Monument was no longer managed, and is closed to the public as it is considered dangerous.

There are no reviews yet.

Be the first to review “Buzludzha monument” Cancel reply